Morehouse Graduation Tarnished by Lack of Justice in Georgia

When it comes to graduation events, most of the media focus the past couple of weeks has been on President Obama’s appearance at Notre Dame. The decision of school officials to invite the president to deliver the commencement address and award him an honorary degree was clearly not sitting well with many Catholics.

Given the president’s views on abortion, protesters have been reportedly out in great numbers. In addition, one person set to be honored offered the greatest of protests as she opted to decline a prestigious award.

Lost amidst the hoopla was a mind-numbing story from another prestigious college, Morehouse in Atlanta, Georgia. In yet another of those situations where the term justice seems to have totally taken a hiatus, about 500 students were set to graduate without such protests.

This despite the fact that one perpetrator, Joshua Brandon Norris, was graduating and his victim, Rashad Johnson was not. 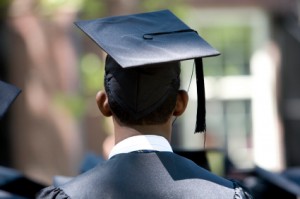 The back story represents one of the more troubling tales we have read about in years. Norris was graduating despite the fact that he had shot Johnson three times.

That’s correct. Norris had pulled a gun on Johnson in an altercation outside a night club in 2007. A scuffle ensued and Norris shot Johnson three times.

Facing one count of aggravated assault with a deadly weapon and second count for possession of a firearm during the commission of a felony, Norris attended a court hearing in January. There he was offered the plea deal by the prosecutor.

Norris pleaded no contest to the first count and the second charge was dropped. He ultimately received six years of probation, a $1,000 fine and 240 hours of community service.

Somehow, the incredible plea deal was also accepted by the presiding judge.

And since he avoided any jail time (he faced up to 20 years), he was able to remain in school to complete his degree. In fact, the plea deal mandated that he remain in college and complete his college degree.

Not a School Issue

Understandably, Johnson and his family were astonished to learn of the deal. Johnson, one bullet still in his left leg, had left Atlanta and gone home to California to be with his mom and to recover from his injuries.

Fahizah Johnson, the victim’s mom, took issue with the school.

“I am so disappointed because Morehouse has been an institution in my family for three generations,” she told CNN. “This guy shot my son three times, and he’s still in school? He’s still a student with other students?” 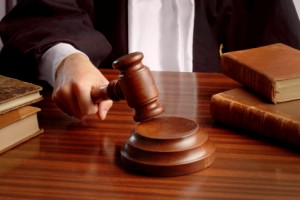 While CNN also seems to take exception to the actions of Morehouse, the school is not at fault. The incident took place off school grounds and the legal verdict essentially mandated that Norris attend school.

Therefore, there was simply no recourse for the school. Refusing to let Norris return to school would not have been legally supportable regardless of the actions he took.

The issue was an appalling set of decisions by the prosecutor in the case.

No Longer a Morehouse Man

According to CNN the prosecutor of the case has since resigned. His boss insists he would have been fired had he not quit.

Little has been said about the judge’s role.

The one step Johnson can take is to separate himself from the school and the city. Despite the school being a longstanding family tradition, Johnson has done just that.

He is now attending Sacramento City College and plans to attend law school after he graduates in 2011.

Posted by Thomas | in News, Tuition | No Comments »