The No Credibility Athletic Association

There is so much wrong with college athletics that it can be difficult to focus on any one issue. But it is easy to see that those in charge have time and time again sold their souls.

So it is not surprising that the recent BCS Championship game took place on January 10th, a full 37 days after the completion of the college football season. Playing the game at such a late date is a function only of the dollars created – it is certainly not done with any consideration of the young men playing the game, the ones that the National Collegiate Athletic Association wants us to call student athletes. 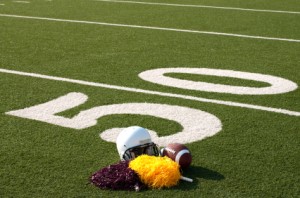 Instead, there ought to be another term, something along the line of “scholarship athletes.” Because, quite frankly there is very little about big time, male college sports that is about students.

But I cannot find fault with the athletes themselves, so young and easily led that the vast majority actually think that if the cards fall right, they will one day make it to the NFL or the NBA. No, the fault lies with the adults and the guidelines set forth by the NCAA, an organization that has earned its blogosphere nickname, the “No Credibility Athletic Association.”

Yes, there is so much wrong that I am seldom surprised when I see yet another example of hypocrisy. But it did happen this past week when I had the good fortune to read a recent Gregg Doyel column at CBSSports.com.

The situation involves Rob Bolden, a freshman quarterback at Penn State who became the first true freshman QB in nearly a century to start a game for the storied Nittany Lions. To get the full detail, you can head over to Doyel’s column but it is yet another tale of how college athletics makes so little sense.

In a nutshell, after a concussion during the seventh game of the season, Bolden found himself on the bench. As the season worked its way towards its January conclusion, it became apparent to Bolden that he was not destined to get off the bench.

Accordingly, the youngster asked for a release from his scholarship so that he could transfer to another school. But in a sign of just how wrong the entire college-athletics process is, the coaching staff at Penn State can actually veto such a request.

And according to Doyel, the staff did say no.

The result? Without Penn State signing off, Bolden’s only scholarship for 2011-2012 can come from Penn State. Even though many other schools would happily grant him one (he was offered scholarships at multiple schools initially), they cannot without the release. Therefore, to transfer, Bolden must find the money to pay his own way into another college. In a nutshell, under current NCAA rules this young man is the property of the Penn State football program.

To show the blatant hypocrisy, Doyel goes on to remind us of the situation involving the recent signing of former University of Connecticut coach Randy Edsall by the Maryland Terrapins. According to Doyel, Edsall was in talks with the Maryland administration about his new job even as he was first preparing and then actually coaching his team in the biggest bowl game in UConn history. Not only had Edsall apparently agreed to a deal, instead of returning home on the plane with his team flew instead to Maryland where he accepted the new coaching position.

So here again is why people call the NCAA the “No Credibility Athletic Association.”

Edsall “got an enormous raise and can coach at Maryland right away in 2011,” notes Doyel. “But if Rob Bolden transfers to Maryland, he’d have to sit out the 2011 season — and pay his own way as a student.”

Is it not any wonder that we have people actually stating that it is time to pay college athletes. That suggestion belongs right up there with the idea that colleges should construct majors so that these individuals can actually major in football or basketball.

Yes, there is so much wrong with college athletics it is difficult to know where to start. But seemingly every day we hear tell of another tale where the only thing that matters is money and yet another situation where the word student is simply removed from the term student-athlete.

Posted by Thomas | in College Life, News | No Comments »