College Football and the Prostitution of Amateur Athletes

How College Sports Continues to Sell its Soul.

I cannot remember the first time I heard someone suggest Division I athletics bordered on a form of prostitution. Though previously I had deemed such a suggestion excessive hyperbole, this past weekend we became witness to why that ugly word is used to describe college athletics.

On Saturday, Delaware State, a small 1-AA FCS football program, had the unenviable task of traveling up to Ann Arbor to take on the 1-A FBS Michigan Wolverines. As expected, the game, which should never have been played, was a rout of monumental proportions. 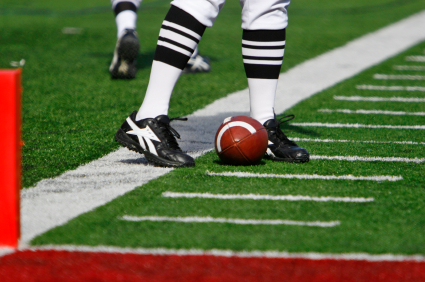 The Wolverines (5-2) set several team records including 442 total yards of offense in the first half and 727 for the game in a 63-6 rout. Michigan matched a school record by scoring 28-points in the first quarter and their 49 points by halftime were the second-highest in school history.

But truth be told, such routs happen quite often in the world of college athletics, particularly in football when teams with disparate resources get together to ‘compete’ on the field. Therefore, in most instances, the Michigan-Delaware State game would simply be relegated to the NCAA hinterlands if not for a back story that demonstrates the sometimes vile world of college athletics.

Sports sites noted that Delaware State actually lost two football games on Saturday. In addition to the pasting they received at the hands of Michigan, the team forfeited a game against fellow Mid-Eastern Athletic Conference foe North Carolina AT&T, a game that had been scheduled prior to the agreement to play Michigan.

In fairness, the initial mistake of two games being scheduled on the same date came while Delaware State was searching for an athletic director. But the choice of what game to play, and subsequently which to forfeit, demonstrates why so many are down on the world of college athletics.

Seems that Delaware State was offered $550,000 to go to Ann Arbor and play the role of football fodder for the Wolverines. And administration at the school decided that sum of money was just too much to pass up.

According to reports, given the opportunity, Delaware State signed a contract to play the game in Ann Arbor despite having already committed to playing AT&T on the same date. The contract did allow Delaware State to cancel for a fee, the amount of which was not made public. 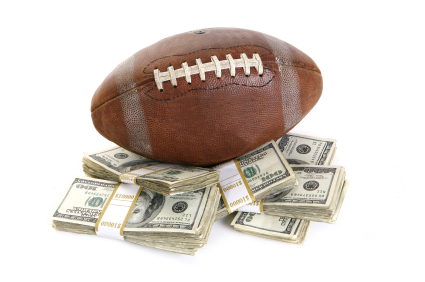 Of course, once everyone realized a mistake had been made, Michigan could have done a classy thing and released Delaware State from the contract. But then again, if Michigan could afford to pay Delaware State $550,000 just to appear, one can gather that the lost revenue from a home game would represent a sum of money that made the half-million payout seem inconsequential..

At the same time, Delaware State officials could have done the right thing and honored their league commitment against AT&T. Of course, given Michigan’s stance, to do so meant State would have had to pay the required fee for backing out.

Instead of either school honoring the spirit of amateur athletics, i.e. handle a loss with dignity and class, both opted for the opposite. Both put large sums of money in front of integrity and, as a result provided a sorry message to the athletes on their respective teams.

Many Fumbled the Ball

Beyond the physical mismatch that constituted the so-called ‘game’, the decision by Delaware State to take the money also meant it put the integrity of its league at risk. The choice to forfeit could well impact the final league standings and ultimately, the status of numerous other conference teams in the process.

Given that both levels of football have a supervisory agency, the NCAA, one would think that leadership beyond the two schools would have taken issue with the decision to allow money to alter the integrity of the sport. Apparently, not so.

Today we understand why some would use the word prostitution to describe college athletics. Yes, such a statement borders on the outrageous.

But what these two universities did in the name of college football could only be described in such terms.

3 comments on "College Football and the Prostitution of Amateur Athletes"