To How Many Colleges Should I Apply?

As the school year heads into its second quarter, high school seniors are now beginning the process of finalizing which schools they will apply to. One aspect of this process involves what may seem like a rather arbitrary decision but it is one that students should think carefully about.

We are talking about the choice as to how many schools to apply to.
Before presenting our recommendation as to how many, let us look at the current norm as published in the 2010 State of College Admission Report.

First off, the 2010 report reveals that seventy-five percent of those students who became college freshman in the fall of 2009 applied to three or more colleges. As for the heavy hitters, nearly one out of every four students (23 percent) submitted seven or more applications.

Clearly, applying to one or two colleges would place you in a distinct minority these days. But the suggestion that everyone is now applying to at least six to ten colleges is simply not accurate either. 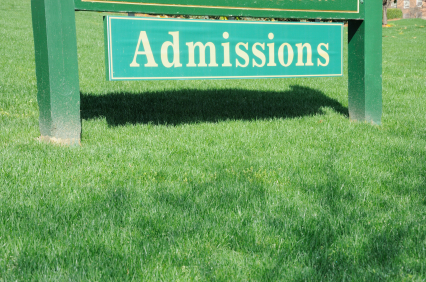 One good reason for limiting the total number of applications is the cost of filing one. According to the report, 90 percent of colleges had an application fee and the overall average was $39.

But larger institutions, as well as the more selective colleges, tended to have higher fees. However, 84 percent of those colleges that charged an application fee waived them for students with demonstrable financial need.

While applying to a number of schools can be expensive, the ease with which one can apply has grown exponentially. With a common application that can be filed online with the touch of a button, students may now easily apply to multiple schools.

The process works like this: a larger number of applicants is seen by outside agencies as a sign that a school is highly thought of by students. Likewise, a greater applicant pool allows a college to also sift through the many candidates to offer admission to those seen as the most worthy.

For that reason, colleges reach out to students for the purpose of drumming up interest in the school. Again, quoting the recent report, on average, colleges and universities spent about $524 just to recruit each applicant for Fall 2009 admission ($843 for each admitted student and $2,553 for each enrolled student). Ultimately, students need to understand that a good many people are working very hard to get an application from you.

The Number to Apply to?

While 23% percent of students currently apply to seven or more schools it is interesting to note that only 13% of students in 2000 applied to that many schools. One reason for the increase may be the concern that more students are attending college and therefore competition for openings is more of an issue.

But is also interesting to note that the acceptance rate for students in 2009 was 67%, nearly the same number (71 percent) as in 2001. That means that virtually every single applicant is accepted by at least one worthy college even if it is not the person’s first choice.

The result is that students are giving careful consideration as to where they will apply and even beginning to rethink the number as well. We read recently where there is a growing consensus that less could be more and the case of a very strong student coming up with a list of just five schools.

Five to six, maximum remains our recommendation. The key is to do your homework and determine the schools that are the best match for you.

Do not waste time applying to any school based simply on the notion that your peers are applying to eight or more. There is absolutely no sense in applying to a school that you are not 100% interested in attending no matter how easy it is to apply or how much one specific school seems to be reaching out with admissions info.