The recent economic downturn has been tough for workers but those with an education and sought-after job skills have fared much better. Those without a degree were far more likely to be laid off during the recession or suffer through reduced pay and benefits.

But time and time again we have insisted that the emphasis on the traditional four-year bachelor degree is wrong, that students should consider all higher education options, especially the two-year and four-year programs at their local community colleges. These programs not only focus on skills as much as academics, the shorter duration two-year program gets graduates into the workforce much sooner while both two- and four-year options allow graduates to earn a degree at a much lower cost.

Those who doubt the viability of this option should take note of a recent analysis of employment data in the state of Florida by the Miami Herald. A review of that data by the newspaper revealed that community college graduates, on average, earn a higher starting salary than those who graduate from four-year institutions. 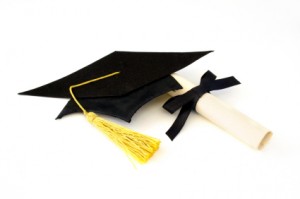 This assertion has raised questioning eyebrows everywhere, but the paper’s analysis of 2009 Florida employment data determined that those who earned either an associate’s degree in science or a bachelor’s degree from a community college earned $47,708 in their first year of employment. In contrast, those who earned a bachelor’s degree from a private four-year college made an average of $44,558 and those with a bachelor’s from a public four-year institution $36,552.

The Herald surmises that these wage differentials are likely due to a greater focus on practical skills and technical training directly related to the world of work. While community colleges feature such a focus, the belief is that liberal arts colleges tend o tfocus more on pure academic knowledge. In making its determination, the Herald noted the massive difference between those who earned a two-year associate’s degree in the sciences ($47,708) versus those with a two-year in the arts ($31,836).

Of course, students must be careful, this data reveals a correlation, not necessarily a cause and effect. One reason that community college students might earn more at the outset is that these students are often non-traditional. They are not necessarily attending college directly after high school and are more likely to have already been in the workforce. Ultimately, these individuals often have a stronger resume when they do eventually complete their two- or four-year degrees and are likely worth more to businesses.

It is also important, however, for students to understand the complete picture. Published studies clearly indicate that over a worker’s lifetime, four-year graduates earn more in total wages. Furthermore, four-year graduates have a higher earning ceiling over time, especially those students who complete a four-year program then move on to earn a graduate degree.

The Herald reported similar findings for the Florida data. But the data clearly indicates that treating an associate’s degree as a substandard or meaningless level of education is inaccurate.

Great Bang for the Buck

Clearly, job-specific training courses for occupations in the legal field, early childhood education, or any one of a number of healthcare specialties can provide students the opportunity for a good job with solid pay and benefit packages.

Accumulating smaller levels of debt also mean that students can also be in a better position to pursue further academic options over time. The key is that neither an associate’s nor a bachelor’s degree has to be thought of as a terminal option. One can always go back and earn the additional credentials that can lead to additional promotions along with subsequent salary increases.

The Herald further reinforces the need for an education and additional skills. Individuals holding just a high school diploma averaged less than $21,000 per year in earnings.

And it also reinforces the notion that when it comes to certificate options, students can expect higher earnings by focusing on programs where training is longer than six months ($37,356 versus $39,108).

Posted by Thomas | in Applying to College, Career Planning | 1 Comment »