By now, you have no doubt heard the story of Karen F. Owen. Actually, you may not be familiar with the name but we would guess you know her story.

Owen is the 2010 graduate of Duke University who composed the now world famous risqué PowerPoint, “An Education Beyond the Classroom: Excelling in the Realm of Horizontal Academics.” We will not include a link to her presentation as we are certain savvy readers will know how to find it if they are not familiar with the young lady’s story.

But we will share it in capsule form as a teaching tool for unsuspecting college students. In her document, formulated to look like a thesis presentation, Owen not only describes the men she’s had sexual encounters with; she also provides charts ranking their sexual prowess.

The PowerPoint is extremely detailed and includes specific criteria that identifies the young men she assesses. And by identification, we mean the basics, names and photos.

But most importantly to all at the moment, the thesis has gone viral – like any disease it is spreading across the Internet to every corner of the globe. 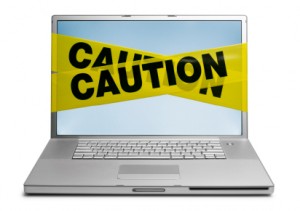 It is important to note a couple of basics here. Ms. Owen did not make the mistake of placing this presentation on her Facebook page or other social networking site where it would get shared instantly.

No, according to the details of the story, Ms. Owen sent the PowerPoint to three of her girlfriends. How close a friend each was, we are not sure but one demonstrated behavior that is typical of most people who receive titillating emails.

Yes, one girlfriend forwarded it.

And one by one, members of the voyeuristic society that loves reality television and fawns over the tales associated with the likes of Lindsay Lohan and Paris Hilton, decided it would be cool to forward it as well.

Meaning that it is now not only all over the subterranean Internet, unscrupulous bloggers looking to build those page counts have posted it on their sites for everyone to read. Some have decided that perhaps the mens’ names and photos were an invasion of their privacy, even if the young lady in question was the architect of their invasion, and redacted defining details.

Others have not. And even those that have, well they continue to display the salacious details for the public to see.

Amazingly, despite the shameful behavior of everyone involved, there are web sites associating her document with the women’s movement. Though Owen appears to be regretful and ashamed to the point that she has gone into hiding (pulling all her social network profiles), some folks are calling her actions self-empowerment.

These discussions seem to focus on the guys do this kind of stuff to girls all the time (do they really?) so it’s about time they got their due. Funny thing is, if that were the case, one would think Ms. Owen would have done anything but gone into Internet hiding.

Clearly, for her it was not about empowerment at all.

Instead, it was about poor judgment; creating a document that reveals personal details about her and the men she encountered represents extremely poor judgment. And then there was the other decision, that one other last step – the urge to share said document with others.

We have noted several times that one should never put any detailed information on a Facebook page for fear of what it might do to one’s future. We would of course now add, don’t ever email personal details to one of the people you deem a trusted friend either.

Said trusted friend may or may not be really a friend. Then again, they may actually be a friend who happens to be someone much like the creator of the PowerPoint; someone devoid of judgment.

We can’t help but feel bad for Duke University, the young men portrayed, the parents of young Ms. Owens and of course the infamous creator of the PowerPoint herself. There is a great deal of sadness to go around.

The lesson here is obvious. It is imperative that every young person understands, male or female, that the Internet age demands careful consideration regarding the placement of private details about you and/or others into any document form, but especially digital forms.

If you don’t, then you too could be as well known as Ms. Owens, for all the wrong reasons.

Posted by Thomas | in Advice, College Life | No Comments »