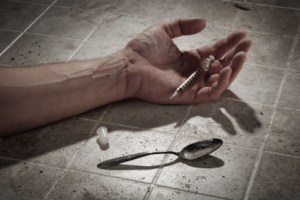 The layout of our freeform college radio station is such that we’re stuck broadcasting out of the basement of a dorm. Essentially, our station was recently relocated after the school decided to construct a new student center (rendering the college, until construction finishes, with no central student gathering spot). Anyway, it’s obvious that the studio was once storage space or, at the very least, a custodial washroom. There’s a vent above our soundboard and every now and then, especially late nights and on weekends, station disc us disc jockeys can get a mild contact high from the marijuana that seeps into the small sound booth.

I was never into drugs in college and I don’t think it’s because I was a straight edge goodie-goodie. Maybe that’s funny because I just admitted to being part of the largest group of stereotypical stoners we’ve got in a college radio station. I don’t know if that sets me apart from the majority of students that seem to, at the very least, experiment. In fact, most of my friends have. I don’t think they do it regularly though. There’s just some sort of appeal that comes along with the idea of being able to get high thinking that nobody’s going to care.

The act of the matter is that aside from drug it being illegal and users always running the risk of meeting the brick wall of school discipline, it’s expensive (and I’ve made similar arguments about those kids that blow $7 per beer at the overpriced local college bars). Right now, there’s a story breaking out of San Diego State University where at least 96 students were picked up on drugs and weapons charges following one student’s overdose.

I’m not going to lie. Drugs are just as big a part of college today as they’ve ever been – and their use is on the rise. Essentially, you’ve got 18 year olds running around away from home for the first time with zero responsibility thinking they can get away with anything (and obviously those D.A.R.E. programs did no good in grade school). Then, suddenly, a one student turns up dead and a raid results in the arrests and likely educational destruction of dozens and dozens of kids that thought this could never happen to them.

Perhaps the story is used to set an example, act as a deterrent, show that cops are doing something to combat drugs, etc. Nonetheless, regardless of where you fall politically on the legal status of drugs, it’s true that the San Diego incident speaks volumes about needing to quickly adjust toward a sense of maturity alongside the responsibility that should accompany the seemingly sudden transition toward college and, more importantly, an overall sign of getting older. This is what for too often many new students in particular think they can get away with. What they don’t realize is how quickly one silly mistake can end up tarnishing an entire college experience and perhaps stay with them long after college is over.

Posted by The Digital Student | in News | No Comments »