There are times when we are reminded of just how much society has changed over the last 100 years. The recent death of Sociologist Suzanne Keller represents just such a case.

Professor Keller holds the important distinction of being the first woman ever granted tenure at Princeton University. Though it is very hard to imagine, she was granted that status in 1968 after having begun her association with the school as a visiting professor just two years before.

We say hard to imagine because it does not seem possible that it would take until 1968 for Princeton to have a tenured women professor. But it shows just how far women have had to come to break the glass ceiling. 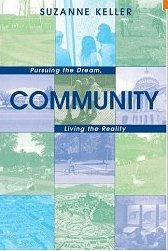 Yes 1968 seems quite late considering the progress women had made since the turn of the century. First, Professor Keller’s appointment came nearly 50 years after the ratification of the 19th Amendment that prevented any citizen from being denied the right to vote based on that citizen’s sex (August 18, 1920).

But of course, Princeton remained all male until the late 1960s. It was not until 1961 that Sabra Follett Meservey, the first woman in the University’s history, would be enrolled as a full-time degree candidate. Meservey entered as a graduate degree student.

The first full-time undergraduate female students were admitted in 1963 when the Critical Languages Program (CLP) was introduced. A one year program offered during a student’s junior year, this program allowed students from other colleges to spend a year at Princeton studying Arabic, Chinese, Japanese, Persian, Russian, and Turkish languages and related regional studies. The first five women to attend the CLP program at Princeton were actually dubbed “Critters” by resident Princetonians.

It would not be until September of 1969 that the first freshman class would feature females. That year, 101 freshman and 70 transfer students joined the ranks of the Princeton student body. Four year’s later when the first graduating class of coeds left campus one young lady would be the school’s only Marshall scholarship winner that year while another would be one of the school’s three Fulbright recipients.

Importance of Women and Tenure

The much sought after tenure designation has been a critical choking point for women seeking advancement in higher education. It is the first, and most necessary step in a process that can one day lead to administrative leadership positions such as dean and of course, university president.

Tenure has always been a critical issue for all educators who seek to become full professors. It begins with the enormous demands placed on potential candidates to prove themselves early on in their teaching careers.

But the greatest issue is that the quest for tenure, once underway, puts faculty on a time clock. And that clock would never stop easily, most certainly not for pregnancies and the demands of balancing life with work for women. 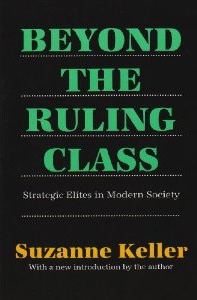 In retrospect, the appointment of Keller had to have been a relatively easy one for the school. The sociologist, known for her pioneering research topics on social stratification, community life and elites, authored what has been deemed one of the ground-breaking texts on elite life in America, “Beyond the Ruling Class: Strategic Elites in Modern Society,” published in 1963.

The native of Vienna, Austria, would later write “Community: Pursuing the Dream, Living the Reality,” regarding her research on middle class life and the need for people to have a sense of connectedness to a larger framework.

Professor Keller moved to New York as a child and would later become an American citizen. She had an exemplary academic record completing her undergraduate degree at Hunter College, a master’s degree in social work from Rutgers and a Ph.D. in sociology from Columbia University.

But the respected researcher will always be known by her work at Princeton where she also played a major role in promoting women’s studies as an academic subject and taught the university’s first course on gender during the 1970s. That represented the first of the necessary steps towards the development of women’s studies as a formal program at the once all-male university.

Her place in Princeton history was recognized by Nancy Weiss Malkiel, Princeton’s dean of the college and a professor of history. Dean Malkiel offered the following appraisal of Professor Keller’s importance at Princeton:

“As the first woman appointed to a tenured professorship at Princeton, Suzanne Keller holds a unique position in the history of the university. As a remarkable scholar, teacher and mentor, and a wise and generous colleague, she holds a special place in the lives and hearts of generations of Princetonians.”