We shared with readers earlier in the week the scathing report from The Education Trust called Subprime Opportunity: The Unfulfilled Promise of For-Profit Colleges and Universities. While just the latest in a long line of criticism about for-profits, the document proved to be the most scathing rebuke of the industry to date.

Over the week we have delved deeper into the report. One aspect we wanted to review further was an area that some have held up as a shining light for the for-profit industry. We are talking about the graduation rates at two-year and less than two-year schools. 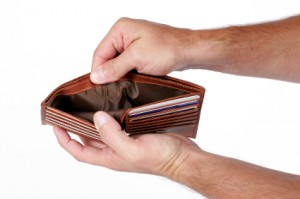 First and foremost, I agree to an extent with those who offer the mindset that attending college can be a win-win. After all, it is great to have one’s horizon’s expanded and it goes without saying that the knowledge gleaned can’t help but make a student a more productive citizen in the long run.

But at the same time, I am a firm believer that attending college becomes a win-win only if one earns that coveted sheepskin. After all, it is the diploma that generally provides students an opportunity to pursue better paying jobs that also carry with it those much-needed benefits.

In this single arena, the report does indicate that for-profit colleges are actually setting a pretty decent standard. According to the report, the graduation rate for associate degree programs or certificates at two-year for-profits is 60 percent. At the less than two-year for-profits, 66 percent earn a credential.

These percentages are based on completion of a program within the standard three-year time frame (as compared to six years to earn a bachelor’s degree). These completion rates are of course considerably higher than the 22-percent rate posted by community colleges.

But the folks at Education Trust point out that this completion rate, while far better than the current rate of their public competitors, comes at a heavy price. The report clearly indicates that for-profits are leaving students with significant amounts of debt whether or not we are talking about bachelor’s degrees or associates.

First off, 19 percent of associate’s degree students and 3 percent of those completing a certificate at for-profits have debt loads greater than $30,000. That number is actually 25 percent more than the average debt incurred by all graduates of bachelor degree programs in America.

In contrast, only 2 percent of associate’s degree recipients and 1 percent of those students receiving a certificate at public institutions graduate with that level of debt.

But the real negative has to be the default rates of for-profit students. While college should lead to a path of higher earnings in the long run, it appears that students graduating from for-profits cannot earn enough money to pay back all the funds they have borrowed.

Sadly about 10 percent of for-profit students default on their federal loans within two years of entering repayment. Worse yet, the three-year rate of default nearly doubles to 19 percent.

At the bachelor’s level, for-profits have an abysmal graduation track record. At the associate and certificate level these institutions are producing better results than public community colleges.

But the high cost of programming leaves many significantly in debt. Most importantly, the high default rates reveal far too many students cannot overcome their debt burden.

Such a situation calls into question the actual value of the degree itself. It leaves us thinking that the sheepskin from these institutions is simply not worth the cost of attendance.