It is not quite two years removed from the point when the youth of America propelled a relative unknown senator into the White House. Yet, for many Americans, it seems like an eternity since Barack Obama was elected.

For those twenty-something’s who saw his election as a watershed moment, the current climate in Washington no doubt has them wondering why, once upon a time, they had such optimism. In fact, the partisanship being displayed by our elected officials may well be at an all time high. 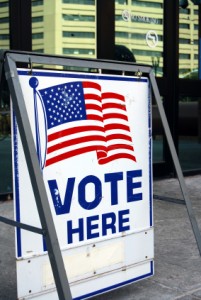 The shift has many suggesting that 2010 could well be the “Year of the Non-Youth Vote.” John Della Volpe, the Director of Polling at the Harvard University’s Institute of Politics, postulates just such a scenario.

According to Della Volpe, for more than a decade the Harvard Institute of Politics study group has met regularly to discuss the current generations involvement in politics. Della Volpe insists that “the overarching narrative of the last ten years has been that of a new, potentially great generation — a generation that seemed intent on making an impact first as community volunteers and then in the voting booth.”

But in the aftermath of the economic downturn and the extreme partisanship overtaking Washington, it now appears that more than 70 percent of young voters are not sure that they will vote in the upcoming midterm elections. Furthermore, less than one-in-five Millennials aged 18 to 29 indicates that they are politically engaged as this year’s election approaches.

The result is extremely troubling though we might contend that Americans of all ages just might be thinking it is time to sit this election out. Without a doubt, the voters that were the catalyst for Obama’s election have gone from strong levels of optimism to extreme pessimism.

It is a sentiment that borders on despair, a feeling that comes when the populace becomes completely discouraged with politics. But as November 2nd approaches, Dell Volpe indicates that it is “not too late for young people, the great Millennial generation, to use the technology and tools that they invented to spread the word and encourage their friends and family members to spend five minutes to vote.”

He further notes that President Obama “challenged Americans to hold both him and other elected officials accountable” for their achievements or lack thereof. 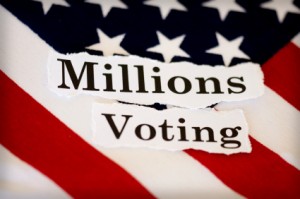 In simplest terms, now is the time for accountability for all of those currently in office. And those currently serving cannot be held accountable unless voters exercise their right to cast a ballot.

Now it is the time to set aside our discouragement, to stop making excuses for inaction. It is time for us to review the candidates, their records and their position on issues so as to be able to make an educated decision as to who is worthy of our vote.

America faces many difficult issues in the coming years: our debt load, our looming social security and medicare shortfalls, our need to make health care available to all, that it is not only about creating jobs but about a high quality of life for all citizens, etc. All represent challenges that demand elected officials who are willing to work collaboratively for the good of all people, not just a single segment of society.

For those at a loss as to who to consider, we would suggest trying to help eliminate the gridlock by looking at the progressive, middle of the road, candidates, as opposed to either those on the far left or right. In our view, candidates who postulate that only Republican ideals are good or that only Democratic ideas are worthy are simply not going to help us move forward as a country.

In other words, we challenge readers to consider both the people and their issues according to an independent set of standards as opposed to a simple assessment that has a person voting simply on party lines.

At the same time, it is not too late to read up on the other issues that are special items in your local community. If you are not sure what the issues are and where you or other people stand, get online and begin a Google search of those items coming up for consideration.

Check your local and other state papers as to where the editorial boards of these entities stand. With some very brief work you can get up to speed on all issues and how they affect you.

Ultimately, it is our duty as US citizens to enter our views at the ballot box come next Tuesday.

Yes, duty calls – so no excuses, make time to vote!

Posted by Thomas | in Advice | No Comments »