Class of 2009 – Increased Debt a Function of Student Choices?

When it comes to earning a college degree, students must do a better job of shopping around. 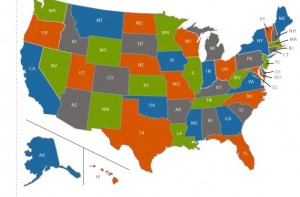 Unfortunately a new report from the Project on Student Debt confirms that the debt load for college graduates continues to escalate. For the most recent set of graduates for which full data is available, the Class of 2009, the average debt load increased yet another 6% from its 2008 levels.

That puts the average student debt load for a graduate in 2009 at $24,000. That number becomes even more critical when one considers the unemployment rate for young college graduates rose from 5.8 percent in 2008 to 8.7 percent in 2009, the highest annual rate on record.

Though the average debt load number is significant, it is imperative that students understand that the variability of debt from school to school and state to state is extremely large. Simply stated, students can significantly limit their accrued debt by choosing an appropriate school.

First of all, at the state level, debt at graduation from four-year colleges ranged from $13,000 to $30,000. The highest debt states continue to be concentrated in the Northeast while the lower debt states are primarily in the West.

But as great as the discrepancy is state-to-state, the variation from college to college is far greater. According to the report, the campus debt ranged from as little as $3,000 to a maximum of $61,500.

Most importantly, this data taken collectively indicates that the decision as to where to go to college and which specific college to attend can dramatically impact the final debt load of a graduating student. 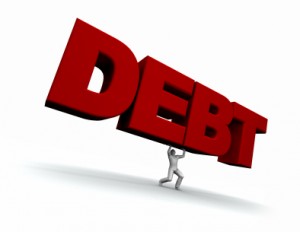 Second, the report notes that a larger than average share of students in the Northeast attend private nonprofit four-year colleges instead of public. The result of these two factors, both controllable factors for students, produce higher average debt loads for students in this region of the country.

The news out of New Hampshire is doubly troubling – the state ranks second in student debt load with an average of $29,443. In addition, a full 72% of graduates end up with some form of debt, a percentage that ranks the state 5th overall.

Clearly, different choices by students impact this data immensely. The bottom line is that there are schools that consistently produce graduates with high levels of indebtedness and those where the opposite is true.

The report also reveals some very interesting results when looking at the type of loans students take on when incurring their debt.

We have often noted that other critical element in the loan process, the use of private versus federal loans to help fund the costs of college. Private loans lack the basic consumer protections and flexible repayment options that accompany federal student loans including deferment, income-based repayment, and the potential for loan forgiveness.

Because private loans also typically have uncapped, variable interest rates, these loans generally cost more for those students who can least afford the additional expenses. Therefore private student loans continue to be one of the riskiest ways to pay for college and should be avoided by students if at all possible.

However, according to the report, about 33 percent of all bachelor’s degree recipients in ‘08 graduated with private loan debt. When all graduates were taken collectively, the average private debt totaled $12,550 for the ’08 grads.

Here again, the report details significant variation in private loans depending on the school. As but one example, only nine percent of the overall student debt at Indiana University-Northwest (IN) was composed of private loans, compared to 41 percent at Bowling Green State University-Main Campus (OH). Yet both of these colleges had very similar levels of overall borrowing.

The data once again reveals that at some schools students not only wind up with more debt, they amass more of the worst kind of debt a student can accumulate.

There are several key messages for students to take away from this recent report. Unless a student is from a family with unlimited means, all of the data points to the need for students to do their homework before applying and committing to a particular school.

In addition to the many key elements such as programming options, size of school, type of campus (rural or metro), etc., it is imperative that students carefully review the data from the Project on Student Debt. As with programming, not all colleges are created equal. With a little extra research, it is possible to choose a college that is known for helping you control your acquired debt even as you earn that all-important degree.

The problem today is that too many students are not doing their homework and in doing so, are mortgaging their future in the process of earning that coveted degree.

Schools with high levels of debt:

One comment on "Class of 2009 – Increased Debt a Function of Student Choices?"