For Profit Colleges – Should You Still Consider their Programs?

Over the past couple of months, a great deal of negative information has emerged about for-profit colleges. Particularly disappointing are the reports of failed promises regarding the value of a degree and the allegation that admissions counselors had encouraged students to falsify financial aid documents.

These allegations and others certainly must raise a red flag for students. The question becomes, should students consider for-profit colleges when making their decision as to which school to attend. 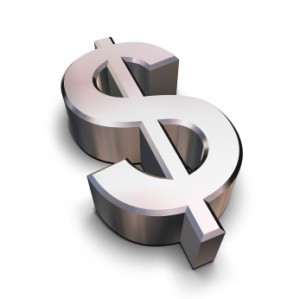 The answer is an unequivocal yes in our mind. But that answer comes with an important recommendation, that students do their homework regarding the school, the value of its programs, and the costs of those programs before making any commitment to attend.

What Is a For-profit School?

When asked, most students do not actually understand the difference between traditional colleges and universities and those that are called proprietary or for-profit. The difference is monumental.

The fundamental goals are therefore different with the focus of the second group being about making money for a group of investors. However, while that idea might seem strange to many people, using a business model in theory could make schools focus more on producing value for students.

In fact, in most cases for-profits have done a better job than traditional schools in meeting student needs. These proprietary schools were the first to focus on online programming that gave students greater flexibility regarding taking courses. They also broke the traditional school calendar mold that had new students beginning only in the fall or spring and had courses fixed to a specific calendar. For-profits were the first to adopt models that allowed students to begin at multiple points during the calendar year and then work at their own pace to complete.

The result is that programming for students became far more responsive to the needs of the person taking classes. This was extremely important to those who could not afford to take college in the usual format but needed to gain schooling while they were actively working full time and also raising a family.

The for-profit model pushed the envelope in this area and now, traditional schools are beginning to understand the need to get on board if they want to compete for the adult student. This competition has been very healthy for the industry and thus we give for-profits high marks for their innovation. 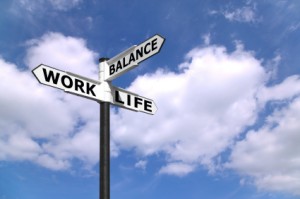 The Concern with For-Profits

While the business model demands for-profit schools be accountable for their finances instead of relying on a steady stream of tax dollars, concerns have emerged that their focus on making money has them doing so on the backs of their students. Troubling stories abound of students deep in debt and holding almost worthless degrees. Worse yet is the notion that for-profit officials may have encouraged students to commit fraud in the financial aid application process.

The tales of alleged fraud certainly create a very poor image and raise legitimate questions as to the integrity of certain schools and specific aid offices. No one can condone such outlandish behavior.

But truth be told, some of the other concerns raised about for-profit schools mirror the non-profit sector as well. Large numbers of students are leaving traditional school with enormous loans to repay and in some cases owning a degree that does little to provide them employment options.

So what are the key issues for students? We think there are three areas students should focus on. But it is our recommendation that students considering any school, for-profit or non-profit, pay attention to these three items.

If a school does not possess accreditation from a respected agency, then you should not give this school a passing glance. There is a phrase for schools that cannot produce credentials – they are called diploma mills. Such schools simply sell a worthless sheet of paper to unsuspecting victims.

The bottom line is that students need to do their homework in this regard. You must verify that the program of studies has the appropriate accreditation to give it real value. In the case of certification programs, students must check to be sure the program of studies at that school will indeed give them specific credentials they seek for specific job options.

Furthermore, if students are using a for-profit as a stepping stone for a full degree program, the responsibility for verifying that the credits from the for-profit will transfer lies with the student. You cannot simply accept the word of the for-profit institution.

Many traditional programs still hold these newer programs in low esteem. Even for extremely viable study programs, it may be difficult to transfer credits to a more established school.

But the same advice holds true for community or other public schools. Before taking any two-year program, check to be sure that the credits being earned will be fully transferable upon completion.

Cost of Program versus Convenience 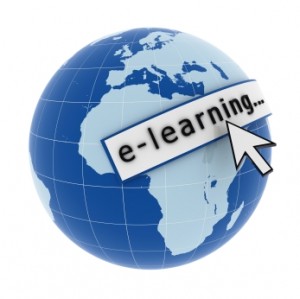 For-profit schools will generally offer greater flexibility around the specific courses that they offer as well as around the time frames a student will require to complete their degree or certification program. But this convenience comes with a price, at times a very steep one.

Despite offering students little in the way of library or on-campus benefits, for-profits are generally more expensive per credit hour than other institutions. In a recent Government Accountability Office report that has garnered a great deal of attention, these costs are made abundantly clear.

The report notes that one student was informed by a specific school that a certificate in massage therapy would be a good deal despite charging the student a total of $14,000 for the certificate program. The GAO found that a local community college in the same area offered a similar certificate option at a cost of $520.

As one other example, the GAO report noted that a specific medical assisting certificate program was $12,000 at a for-profit college. The report contrasted that figure with two others for a similar certificate program: one at a cost of $9,307 at a nearby private nonprofit college and another of $3,990 at a local public college.

These figures make it imminently clear that students must shop before committing to any school for a program. While for-profits are very strong advertisers and pursuers of student business, often focusing on their positive attributes (that flexibility we mentioned), students clearly pay for that convenience.

Simply stated, higher education officials and their institutions must have high levels of integrity. If during any meeting related to financial aid you are encouraged to falsify or exaggerate information, you should end the meeting immediately.

Such encouragement should raise red flags regarding all aspects of what you have received for information from a school. But since you are the one signing the documents, you will be the one held liable for fraud charges should they develop.

When given information about graduation rates, the job opportunities related to a specific industry, and the earnings potential for jobs in that field, do a little research on your own to see if the figures you have been provided match real data. The Internet makes it very easy to check school claims related to completion rates or job prospects.

Again, if at any time you find yourself being misled, then you should look for another school that offers programming in your desired field of study. All schools can be guilty of overselling their programs – ultimately it is the student’s responsibility to do their homework in this regard.

There are many viable for-profit schools and programs that serve a key role in the education of the adult workforce. Painting all with a negative brush does a disservice to students.

But whether or not it is a non-profit or for-profit college, it is the student’s responsibility to ensure that he or she is getting real value for the money that is spent.

Posted by Thomas | in Advice, Applying to College | No Comments »