Playing Violent Video Games – Could They Be Good for You?

How many times have you tried, unsuccessfully, to explain your feelings to adults?

That you love the competition and the socialization that video games provide. That you simply enjoy trying to figure the game out.

As for the violent games, well, they add that one additional level, providing action and a rush of adrenalin that mirrors what you feel when competing on a field or in the gym. 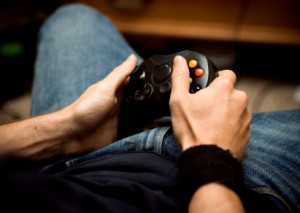 Most importantly, they help you cope with anger and stress. After a particularly difficult day or week, there is nothing like immersing oneself in a violent video game. I mean, where else can you take out your anger in such an innocent way?

That explanation is particularly difficult with mom who can understand the competition and thus is willing to accept games like Pac Man or Madden football. But for the life of her, she simply cannot understand your enjoyment with a game like Grand Theft Auto?

Well, for those who have tried to somehow explain, you can now point the skeptics to yet another study that indicates that concerns with violent video games is over blown. That in fact, researchers presenting at the New York University ‘Games for Learning’ symposium, have reached the conclusion that even violent video games can be utilized as learning tools.

Consider first that Sigmund Tobias of the State University of New York at Albany noted that an “Israeli air force study found that students who played the game Space Fortress had better rankings in their pilot training than students who did not.”

Even better, consider what Daphne Bavelier, an assistant professor in the department of brain and cognitive science at the University of Rochester who has focused her research on games like Unreal Tournament and Medal of Honor, had to say about fast-paced shooter games: 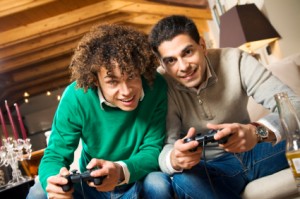 “People that play these fast-paced games have better vision, better attention, and better cognition,” she stated. She went on to suggest that such games could well improve math performance and other brain tasks as well.

“We are testing this hypothesis that when you play an action video game, what you do is you learn to better allocate your resources,” she offered. “In a sense you learn to learn. … You become very good at adapting to whatever is asked of you.”

Of course, none of these has any ultimate implication for why it is that you play. As we said, for most of us, it is all about the competition, the challenge, and the chance to put day to day struggles aside for a period of time.

You couldn’t care less as to whether your peripheral vision has been enhanced or that these games test your ability to detect small activities on the screen. In reality, for you it is nothing more than simply having fun.

But it is nice to see that some folks have begun to question the typical reaction, that because many adults cannot understand the attraction of such games, they immediately insist that the games cannot be good for us. More to the point it is nice to see that a professor like Bavelier could actually suggest that first-person shooter games “eventually will become part of school curricula” even if “it’s going to take a generation” to accept such findings.

OK, it is probably wishful thinking on our part that you might be able to completely change your parents mind. Pointing them in the direction of other studies could even work against you in the long run.

But at least it is reinforcing to read that college professors actually are beginning to understand that you and your buddies love for a little video warfare is not a sign of sickness, that you can enjoy the video games that feature violence without becoming a menace to society.

Medal of Honor anyone?

9 comments on "Playing Violent Video Games – Could They Be Good for You?"