Swearing, Make that Good Old-Fashioned Cussin’, Can Be Good Therapy

At long last the folks at LiveScience have confirmed what many of us have known for a long time. Swearing, if not good for the soul, at least makes our pain and suffering more tolerable. 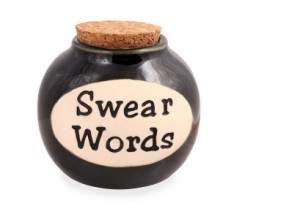 But unlike what I was taught, that instead of keeping those colorful no-nos locked up and in its place you should utter some other more appropriate phrase, something like, OH FUDGE or CHRISTOPHER COLUMBUS, well that was just plain wrong. It seems that it takes the real thing, one of those down and dirty expletives that your mother best never hear to make the pain and suffering truly more tolerable.

Yes, it seems that when one stubs their toe, it matters not if we are American, British or some other nationality. It is essentially a reflexive matter – the pain causes us to promptly mutter a curse word that instinctively makes it easier to withstand the pain we have been so blessed to receive.

In connecting the uttering of a cuss word to the actual physical experience of pain, the researchers noted that the reactive phrase emerges from our emotional brain center. Whereas most language production occurs in the left cerebral hemisphere of the brain, a truly blistering expletive comes forth from the right side of the brain.

The researchers began with a supposition that did prove false. The initial idea was that swearing was more of an exaggerating effect that sought to overstate the severity of the pain striking the recipient. Because of that assumption, the researchers thought that swearing would lessen a person’s tolerance. 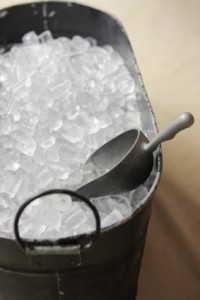 According to LiveScience, the results were based on the following experiment:

The researchers enlisted 64 undergraduate volunteers and had them submerge their hand in a tub of ice water for as long as possible while repeating a swear word of their choice. The experiment was then repeated with the volunteer repeating a more common word that they would use to describe a table.

Contrary to what the researcher expected, the volunteers kept their hands submerged longer while repeating the swear word.

Accordingly, the researchers surmise that swearing triggers the body’s natural “fight-or-flight” response and therefore allows for an increase in pain tolerance. Ultimately, the belief is that swearing may increase aggression (seen in accelerated heart rates) and downplays weakness to appear stronger or more macho.

So if you stub that toe or more to the point, if you have to stick your hands in ice cold water for a really long time, don’t utter some ordinary word like fudge or table. Not if you want to reduce your pain and suffering.

Instead, just let those cuss words roll off, hard and fast and as nasty you can fire them. It seems, it is in fact, good therapy.

Just as long as your mother doesn’t hear you.

Posted by Thomas | in Advice | No Comments »