Do Not Place Too Much Emphasis on U.S. News College Rankings

Each year, U.S. News & World Report compiles its ratings of American colleges and publishes its summary findings for students. The publication is seen as a must-have for any prospective college student, a factor that makes the annual edition a best seller each and every year.

Because of it’s strong reputation, the magazine is one of the fundamental publications for students and families to review. However, when it comes to the college selection process, many college admissions folks have questioned the validity of the ratings.

Today, officials caution students to contrast this publication with other literature that examines their respective college of interest. To get a sense as to why the US News ratings should not be considered the be-all and end-all, we turn to a recent incident involving a presentation by Catherine E. Watt of Clemson University

It seems Watt, once the head of Clemson’s institutional research office and now the point person for a research center at the school, raised more than a few eyebrows with her presentation at the Association for Institutional Research in Atlanta. Apparently, she was a tad too outgoing with her acknowledgement of the importance of the ratings to schools and her subsequent explanation as to how the school might have been able to manipulate the ratings system.

Clemson has publicly aspired to being considered a top 20 public research university. Some of the actions Watt claims the school took to help it climb rapidly up the ratings system were steps that took advantage of flaws in the U.S. News rating system.

For example, to increase the schools standings, Watt claims the school had lowered class sizes in specific classes below a critical U.S. News threshold. The magic number of 20 was obtained, again according to Watt, by increasing class sizes in other classes that would not harm the school’s rating.

A second element was the astonishing claim that school officials had taken the step of rating other schools lower scores on the reputational rankings survey of other colleges. In other words, the school sought to improve its standing by downgrading the standing of competitors.

A third involved assertions of duplicate salary summaries, with U.S. News perhaps getting a doctored version. Ultimately, her statements were reported in numerous higher education publications and subsequently discussed by bloggers everywhere.

Needless to say, the comments created a storm of controversy. Therefore, it is not too surprising that shortly after Watt gave her presentation officials at Clemson sought to regain a certain level of integrity. 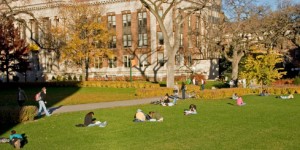 According to published reports, Cathy Sams, Clemson’s chief public affairs officer, released a public statement that took exception to the comments from Watt’s presentation. Again, not too surprisingly, the gist of the rebuttal focused on the potential that school officials may have engaged in unethical behavior.

Those same sources noted that while Sams gave “alternative explanations for the reduced class sizes and other outcomes” there was no direct evidence to challenge or contradict Watt’s assertions about the steps related to class sizes. In other words, Clemson had in fact definitively raised its percentage of classes containing 10 to 19 students while decreasing the percentage that held 20 to 29 students.

One area where Watt was rebutted centered on the notion that Clemson might have cooked some books regarding faculty salaries. In that area, Watt asserted that the school may have provided U.S. News a set of faculty salary numbers that were not entirely accurate. Clemson officials unequivocally denied that assertion.

Bloggers also noted that the university was essentially silent in its public statement regarding the claim that Clemson officials had rated the programs at other institutions below average.

While the school took the extraordinary step of providing a written rebuttal to Watt’s assertions, the ultimate assessment of the situation is that Watt is still employed by the school. In fact, when the school was reportedly asked if Watt might face disciplinary action, Sams indicated otherwise.

Therefore, though the school has insisted that their employee did not accurately represent the school, the fact that they did not take action against the employee speaks volumes. If it was as simple as school officials insisted, it is hard to imagine that the institution would not have taken some form of disciplinary action. 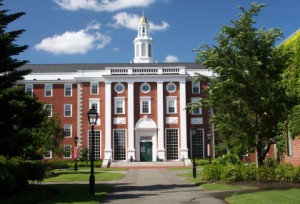 Regardless of the hoopla and whether or not Clemson specifically sought to game the system, the revelations of Watt appear to match those of others who insist that the ratings can be manipulated.

Meanwhile, U.S. News insists it is one step ahead of those seeking to game the system. Still, Clemson climbed from 38 to 22 making us wonder whether they are indeed one step ahead.

Ultimately, we think the lesson for students is that they should look well beyond the placement of a school within the U.S. News college rankings when considering their choice of college.

One comment on "Do Not Place Too Much Emphasis on U.S. News College Rankings"