Today we discuss the Early Action/Early Decision concept with Ahmed Hussain of the Massachusetts Institute of Technology.

The college admissions process, while very exciting, can be one of the most stressful times of a teenager’s life. The most basic process of selecting a college or university can be truly an overwhelming one for students.

As if there were not enough different options to consider, at the time of application students learn there are different types of admission selection processes. Whether to choose the traditional application route or the Early Action or Early Decision option can make the entire application process seem truly daunting. 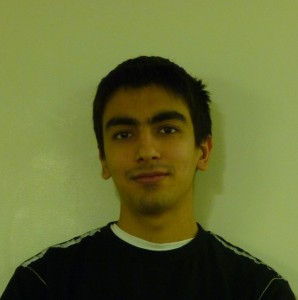 To help students gain greater insight into this decision, we spent some time talking with Ahmed Hussain, MIT class of 2012. His tentative major is economics but Ahmed is on a premed track (as with many other schools, there is no pre-medicine major at MIT). The Houston, Texas native is exploring a number of minors including either brain and cognitive sciences, urban studies, or biology.

In our discussion, Ahmed explains why those admissions essays can be very helpful in the decision-making process, why MIT was not his first choice, and how non-binding Early Action decisions (as opposed to Early Decision) allow a student to even reverse course late in the process.

What application method (EA/ED/other) did you use when applying to MIT? What methods did you use with other schools and which schools did you consider?

I chose to apply to MIT through the early action process, which is nonbinding and nonrestrictive, meaning you can apply EA to any other school that also is nonrestrictive. I actually did consider applying to Brown University’s binding early decision. Applying early decision generally means you sign a contract stating that if accepted in the ED round of review, you promise to enroll in that school. All was good until I reached their essay question, “Why do you want to go to Brown?” I realized that I couldn’t answer that question. It dawned on me, so to speak, that my personality is incompatible with the atmosphere at Brown, and what I thought was cool about them suddenly wasn’t so much anymore (lack of a set curriculum, small town, these kinds of things which could definitely be pluses for others). So that essay question really forced me to consider if I actually did want to go to there. And really, I’m thankful that Brown had that question on their application. If I had gone through with the application and gotten in, I would have been bound to the school and I would be totally miserable right now.

I had the same experience with the University of Pennsylvania application. That question was simply a roadblock for those two schools. So I dropped Brown and UPenn from my list of applications and chose to do early action at MIT and the University of Chicago because these schools were both at the top of my list and they both had open EA policies. For comparison, I wrote my “Why Chicago?” essay in one sitting in something like 15 minutes; the words just flowed perfectly. I realized that I really was in love with the school, and this definitely showed through on the essay. I reckon this had a lot to do with why I got in–they could see that I truly wanted to be there.

Why did you choose that specific method?
I did early action to take advantage of the fact that I had my applications ready to go by the November deadlines. Applying EA, I figured, would give my application another chance to get reviewed–once for the early cycle and once again for the regular cycle if I got deferred. It was a matter of hedging my bets with what I had, not so much about wanting to know my fate before January.

Did you ever consider other forms of application and if so why did you ultimately reject that form? 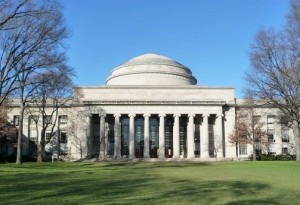 I applied early to MIT and UChicago. I also applied regular decision to schools I was interested in but not crazy about: Dartmouth, Columbia, Duke, Washington in St Louis, NYU, Vanderbilt, and Williams, with Baylor, Tulane, and St Louis Universities as safeties. I was accepted in the early action round to the University of Chicago and deferred to regular decision by MIT. A few days later, I formally matriculated at Chicago. However, March came around and I was accepted to MIT and everywhere else except the Ivy League schools. Suddenly I had a huge variety of choices and I had a real decision to make. I quickly eliminated all schools except MIT, UC, and Vanderbilt. I thought about accepting Vanderbilt’s offer since it included an extremely generous scholarship, but after visiting all three schools (Vandy, UChicago, MIT) and talking the decision over with my parents, teachers, and counselors, I decided to rescind my matriculation to UChicago and attend MIT for many different reasons. I outline these in my blog admissions post.

I knew I wanted to do some sort of early program, and it just so happened that my top two schools, MIT and UC, had nonbinding EA policies. I never really considered the idea of doing early decision, since the only two schools that I had become enamored with did not have binding programs. This was convenient, too, since I definitely didn’t want to be bound to a school. I’m skeptical of the early decision philosophy. I have nothing wrong with early action, to be clear. It’s just the idea of being under contract to attend an institution. My mind changed even after matriculating to one school; I would not have been able to attend the institute of my best fit if that school’s policy had been more restricting. What ED basically does is force 16 and 17 year old kids to definitively decide where they want to be for the next four years before they fully know what their options are. It may seem trivial, but having gone through the process, the six months between November 1 and May 1 are invaluable to reanalyze your college preferences. You really need all the time you can get to make such an important choice, and I just feel like the early decision policies take that away from you. Take a step back, look at all the facets of every school. Try to visit them. Be objective for a bit. Look at some facts and statistics. Subjectivity (emotional attachment, the “feeling” you get at a school after visiting) is fine but you have to make sure that you see all sides of the choice. 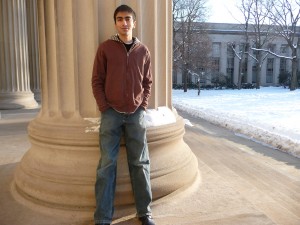 Looking back, I probably would have made the mistake and did early decision at UChicago if their program was ED instead of EA. I ended up changing my mind after matriculating there, so it scares me that some people are attending schools that are not offering them the best experience for them. Early decision forces you to decide before you know what your options are. The problem is, even if you think you’re ready to commit to a school, there’s still the chance that you learn something new and decide maybe another university is a better fit. With ED, it’s much harder to fix that situation, if it’s even possible at all.

Many people insist that the ED concept only benefits the college? Do you agree with that assessment? Why or why not?

I wouldn’t go so far as to say that early decision benefits only the colleges. There are many advantages to applying early action, and some of these advantages still hold true for ED: The chance to have your application reviewed twice (though I’m not sure if this actually provides a statistical advantage, but it definitely helps ease the mind) and having only two months of tension instead of five. But it’s a trade off. Take these advantages and resign yourself to being locked in, or forgo the benefits altogether. Early Decision benefits both the college and the student in a sort of imperfect compromise. The reason some colleges like ED is that it gives them concrete enrollment numbers for the upcoming class. They don’t have to worry about yield rates since ED admits are bound to matriculation, so it makes it easier for the admissions offices to draw a picture of the freshman class.

Having been through the whole admissions process, is there any piece of insight you could give other students who are applying that was unknown to you at the time you went through the process?
Get started on your essays as early as possible. Or don’t–that’s fine too, if you crank out the best work under pressure. This is completely acceptable and don’t let any adults dog you down about it too much. As long as you’re sure you can write quality material in time, work under the conditions that suit you best. That being said, make sure you allot yourself at least two days to revise your essays. It’s always good to wait a day or two and reread what you think was your final draft. You’ll find syntax or vocabulary that you can change to make the essay flow much better. In the interest of essay “flow,” be sure to read your applications aloud. This helps you identify awkward sentences and constructions that you may not have noticed proofreading your paper silently. 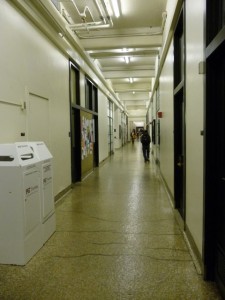 And don’t stress. If you work under the conditions that suit you best, you won’t have to go crazy over deadlines. If you are struggling to meet postmark or submission dates, you’re doing it wrong.

Make sure you have a strategy. Apply to safety schools. It could be an off year. Across the country, college admissions are being turned upside down with such an influx of applications. You can never be too sure. You don’t want to be the kid who applied only to reach schools and now has nowhere to go. Once you’ve applied to your safeties, and you’ve sent all your materials to every other school, RELAX. Seriously. Enjoy your senior year. It’s over. You’ve done all you can do. It’s in a higher power’s hands now–whether you believe that power is a deity or the admissions committees or both, it’s up to you. You did your best. No need to fret about it anymore. Hang out with your friends. Go outside. Roll down a hill. Take a mental health day! Go on a road trip! You deserve it! Be with your friends as much as possible–chances are, if you move far away you’ll see them only three times a year for the next for years. Maximize your enjoyment. Make sure to thank your teachers and parents for all their efforts. Mostly, put admissions as far back in your mind as possible. December 15 and March 15 will come when they come. No sense in moping around over the dates months in advance.

Of course don’t let your grades fall in school–universities reserve the right to rescind admissions offers. They’re not going to care if your eight As turn to six As and two Bs, but Cs, Ds, and Fs are worrisome…Senioritis can be fun, but don’t let it get too bad.

Editor’s Note: Ahmed is also a blogger for the MIT admissions page. , but he does not appear here as an official representative of their admissions office. Interested readers can find additional insights at ahmed ’12. Our thanks to Ahmed for contributing the accompanying photos.

Posted by Thomas | in Applying to College | 5 Comments »