Classic Retro Games You Can Still Learn From Today!

Where in the World is Carmen Sandiego? 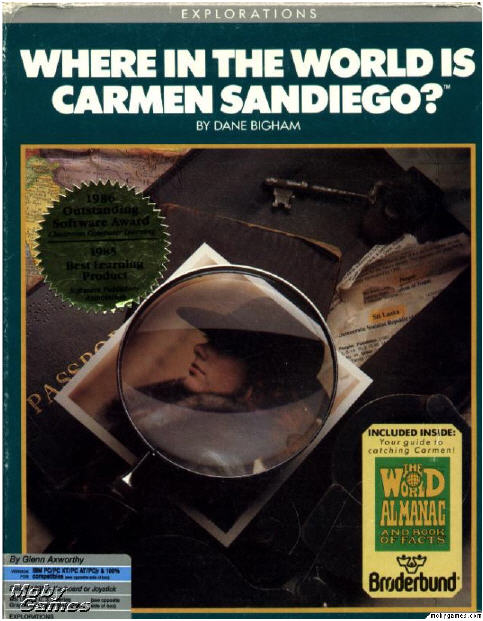 A name that should be familiar to almost anyone that’s picked up a game in the last 20 years, the Carmen Sandiego series lived long and prospered between the years 1985 and 2001, seeing multiple releases on most platforms that were around at the time. Kick-started by Brøderbund Software in 1985, the series was essentially a way to make the subject of Geography appear “hip and cool” to “the kids” by offering it up as a game, rather than something you learnt at school. Educational content was a staple of the series as you followed the trail of superthief Carmen Sandiego and her band of V.I.L.E (Villains’ International League of Evil) henchmen, with each new game in the series expanding the search across the globe and eventually including travelling through time as a viable option of pursuit. 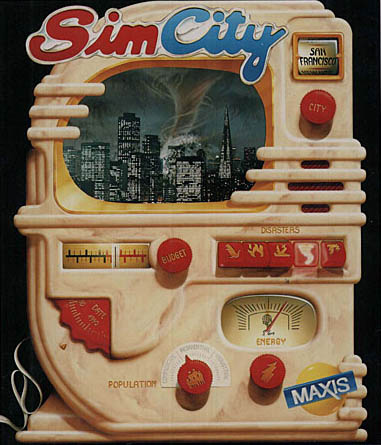 The beloved “city simulator” which has consumed more man-hours than sleep first started in 1989 and was made by Maxis and legendary game designer Will Wright . The premise behind the game (and every subsequent Sim City game) was to…Er…Simulate a city. More accurately, you assigned various zones (residential, industrial, commercial and the like) in which citizens would build related services and/or buildings. Eventually, after laying down water pipes, roads and power lines, you’d control the city in more indirect ways like managing the economy, politics, police and emergency services. This was the game to teach an entire generation or two that it wasn’t the “winning” that counts, but more the building an epic sprawling metropolis, only to destroy it by unleashing Godzilla upon it whilst laughing maniacally.

The Typing of the Dead 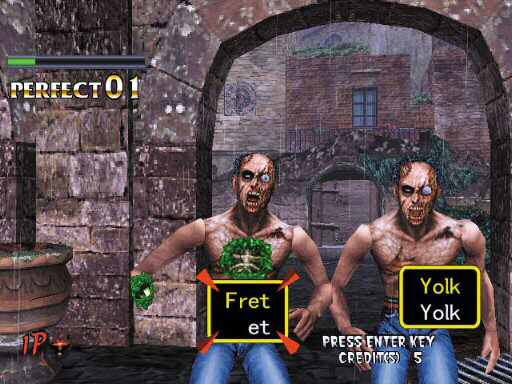 Everyone and – quite possibly – their mother has heard of Mavis Beacon Teaches Typing, but have you heard of The Typing of the Dead? You might have, but it makes for a dramatic opening paragraph. Just in case you haven’t heard of it, it follows in the same educational vein as Mavis Beacon did, with the ultimate aim being to enhance your typing skills. Except with zombies. There’s an age-old saying that if you add zombies to something, it’ll make it infinitely better. Except oatmeal, I don’t imagine anything making that better. This genius of a game took the original House of the Dead 2 game and transposed the Mavis Beacon typing format over it, so in order to defeat the oncoming zombie hordes, the player had to type words that appeared on the screen, with each letter being a gunshot. Finishing a sentence was never quite so satisfying. 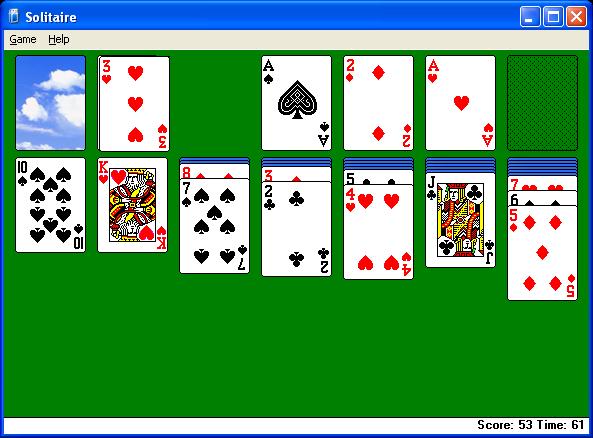 Solitaire was originally packaged with the Windows 3.0 (in 1990) operating system as a standard item, the aim of which was to ease users into getting to grips with the mouse-based control system, as up until then, the primary way to navigate was via a mixture of the DOS interface and keyboard shortcut commands. Suddenly people everywhere were getting used to basic mouse functions like drag-and-drop, double clicking and generally just moving the mouse about after a lifetime of near-total keyboard usage. Naturally this led to many problems in the workplace, as more and more people became hooked on the game, decreasing their work output exponentially and occasionally leading to firings. The same could be said of Minesweeper, with its number-based, spatial-awareness-promoting, speed-run-inducing simplicity. 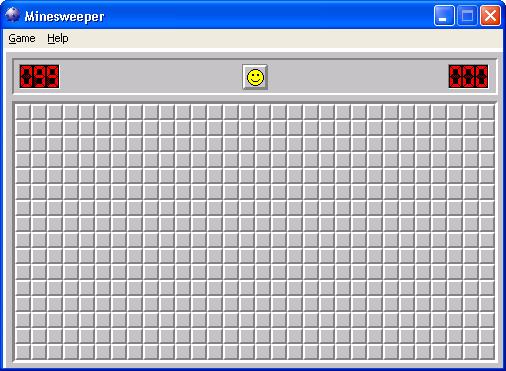 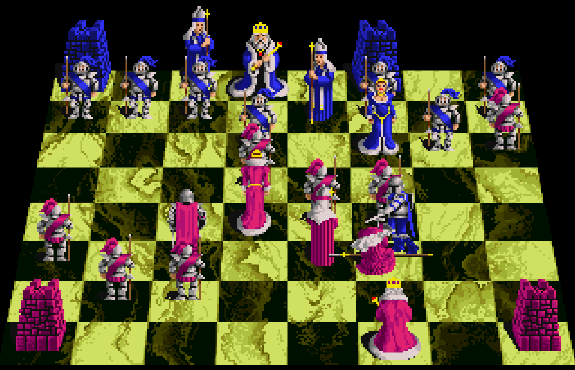 Perhaps arguably the best chess game ever, Battle Chess managed to turn a game as uneventful and boring (for then children and quite possibly anyone not really into chess these days) into an engaging and often exciting experience. Exactly as it sounds, it was normal chess…With battles. Both the sound and the pseudo-3D effects that were used were rather impressive for the time (1988, developed/published by Interplay). But more importantly, it made chess awesome (Or even more awesome, depending on your view of the game)!

Whilst the subject matter might not have been the most politically correct of the lot; it was nevertheless an addictive and popular game. The player assumed the role of a drug dealer trying to earn a living by doing what he/she knows best, namely dealing drugs to everyone, quite possibly also children (dealing drugs to children, not dealing in children). On the surface it was a simple game of “making loads of cash by being bad”, but subconsciously it taught valuable life-skills like budgetary management, being able to forecast a financial market, the importance of supply and demand and how much a kilo of crack costs in New York. 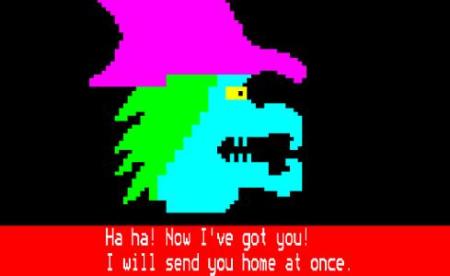 Billed as an “educational adventure game” and released in 1983 for the BBC Micro (it was also ported to such retro stalwarts as the Amstrad CPC, Commodore 64 and the ZX Spectrum), this game had you out on a quest to save the children of the King and Queen of the Kingdom of Mountains, whilst all the while avoiding some random evil witch whose motive for being evil was probably just because she felt like being really irritating at the time. Most of the puzzles involved were logic-based, others could be quite bizarre and random, but overall the game was a light-hearted puzzle-fest most notable for its awesome music. 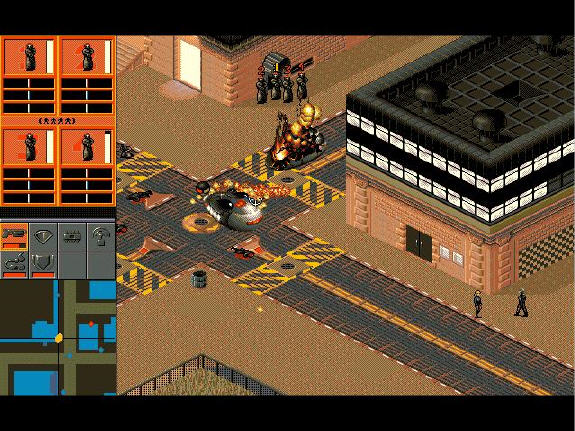 This was a fantastic SF strategy/action isometric game. Syndicate (which later became a series of games) was released in 1994 by those bastions of excellence, Bullfrog. It was set in a dystopian future in which corporations fought for dominance over the global population by using cyborg agents, which was pretty cool. The game saw you as an executive from a corporation in command of a team of cyborgs and your job was to carry out various missions on behalf of said corporation, by any means necessary, usually by killing and destroying everything in your path. The game had a distinct SF/Cyberpunk flavor, which many found to be appealing; along with the resource/research management aspect of the game, with regards to if you ran out of funding for your agents/equipment/tech research, you were in big trouble. It was also good for improving geography skills, as you strategically planned to dominate the entire globe, country by country.

Posted by The Digital Student | in Fun Facts, Software | 12 Comments »

12 comments on "Classic Retro Games You Can Still Learn From Today!"