Across the Atlantic there have been discussions about a radical new way for students to pay for college. Instead of either cutting programs or raising tuition, governmental officials are proposing the possibility of defraying increases and paying for those costs by assessing taxes against a student’s future earnings.

According to the Daily Mail, the majority of the students in the UK currently take out loans of about £3,225 a year at low interest rates and pay them back after they graduate. The process is analogous to that of the US except the debt level of students in the UK is limited.

Tuition fees are assessed as a flat rate charge generally paid in installments after a person graduates. However, the poorest students in the UK are not required to pay back any funds while the student debt for the more affluent is still limited to a specific amount.

But as with America, UK universities are currently faced with cutting services or raising fees. According to the Daily Mail, rather than make programming cuts, administrators want to increase fees by about £5,000 a year. 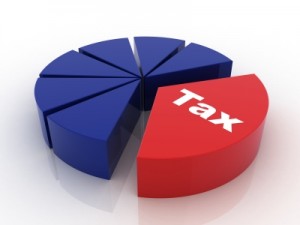 As a possible different option, the idea being floated is to impose a graduate tax that would require students pay a percentage of their future earnings for a specific time period. Such a concept means that the payback amounts would vary from student to student depending on what he or she earns in the future.

Critics immediately pounced on this fact insisting that those students earning more would in effect be penalized. The Mail reports that the Russell Group of top universities “calculates that graduates in the upper 20 per cent of earners could end up paying at least £16,000 a year – far more than the cost of their education.”

However, as America grapples with making education more affordable and increase access to higher education for the neediest students, the graduation tax represents an interesting approach. First and foremost, if tuition and fees were waived, higher education would truly be affordable to students from all walks of life.

Second, graduates who struggle to find jobs initially often have their entire future placed in jeopardy especially if they had to borrow a significant amount to pay for school. Those individuals face enormous pressures when the six month loan deferment period ends and the initial payment schedule begins.

When it comes to addressing the issues of higher education, both the affordability of college and the desire to have more students pursue a degree, federal and state government would do well to examine the graduate tax option. A modest percentage assessed against future earnings could prove to be a very viable exchange for those first generation college students struggling desperately to find money to attend school at this point in their lives.

In addition, making that option available only to those who attend a community or state university branch would ensure more students would pursue education at the most reasonable cost. While we are not convinced that the major concern being expressed is legitimate, it would be easy to take care of the issue of those who earn more money being forced to pay back far more than those who earn less. Creating a time period certain and a cap on total payback would easily take care of any issues.

Of course, we would prefer the UK option of no payback as well as no tax for the most needy students. But faced with higher costs and the potential for significant debt, some American students would seemingly do well if the graduate tax option existed.

Posted by Thomas | in Student Loans, Tuition | No Comments »