There is a great deal of hope among college basketball fanatics for a KU vs. UK NCAA Final in 2010. For those not in the know, KU is Kansas University, the number one overall seed in the tournament. UK is the University of Kentucky, the team with the best overall player in freshman John Wall.

But I for one am hoping for a different result. I am hoping that Kentucky gets banished quickly for more reasons than the man who was hired to coach the team. 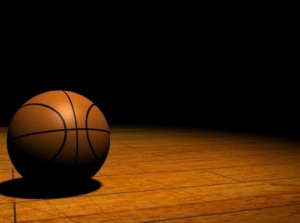 Each year, Derrick Z. Jackson, an African-American editorial writer for the Boston Globe, takes the time to scrub the NCAA graduation data. He is not easily fooled by the likes of the National Collegiate Athletic Association interim president Jim Isch who earlier this year implied that the NCAA emphasis on academics had helped raise the overall graduation rate for college basketball nearly 10 percentage points over the last eight years.

Those rooting for a Kansas-Kentucky final should look at some of the data Jackson has uncovered. First off, he notes that Kentucky cannot really boast of academics at all, not with a basketball Graduation Success Rate of just 18 percent for its black athletes. And not when its GSR for basketball is but 31 percent overall.

In fact, Jackson did some extensive digging and found that Kentucky’s graduation rate for its black players over the last six years tops out at 18%. The five other years the school posted black graduation rates of 17, 9, 17, 17, and zero. And just to clarify that he is not cherry picking, going back ten years the black player graduation rate has never risen above 29 percent.

It is important to recognize that these rates do not reflect the all-too-often explanation offered by sports junkies – that these top programs post poor rates simply because their athletes leave early for pro basketball. The fact is, the NCAA adjusts these graduation-rate reports for those players leaving a school, for pro basketball or for another school, as long as those athletes were in good academic standing at the time they made the move.

So you will not find me rooting for Kentucky to make it to the finals. Especially not with a coach who has twice left programs that have had their accomplishments rescinded because of rule infractions.

In addition, I no longer can root for Duke, a school that does graduate its players yet accepts athletes to fill out its athletic rosters that do not have the requisite SAT scores or academic qualifications that non-athletes must have to be accepted at the school. 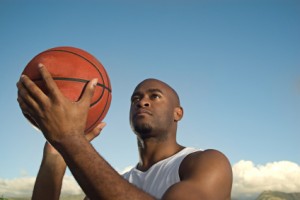 If you care about the idea that the NCAA tournament is supposed to involve amateurs enrolled in a college, then you will not root for Maryland (a zero black graduation rate the past three years and 8 percent currently overall), Texas (black graduation rates the past three years of 29, 14 and 22 percent), Nevada Las Vegas (black player grad rates of 13, 10, 10, 14, and 17 percent the last five years), or the University of California at Berkeley (a GSR for both its black and white players of zero – as opposed to the overall campus graduation rate of 85 percent (62 percent for black students). Other teams that stretch the term student-athlete beyond recognition are New Mexico State, Washington, Missouri, Arkansas-Pine Bluff, and Baylor.

Instead, you could do as I and pull for the teams that play high caliber ball and play it with student-athletes. Try anyone of the following, all posting grad rates of 90% or more: Brigham Young, Notre Dame, Utah State, Wake Forest, Wofford, Lehigh, Vermont and Villanova.

I guess, of the top four seeds I could live with Kansas, a respectable 73% GSR, or Duke, graduating the folks it accepts with a GSR of 92%, making it to the finals. But while Kentucky is abysmal, the final top four selection, Syracuse, is no shining star either with a GSR of 50%.

Imagine a day when the NCAA would put its reputation in front of dollars and cents and actually insist on some minimum graduation standards for those teams accepted to the Big Dance.

Posted by Thomas | in College Life | No Comments »